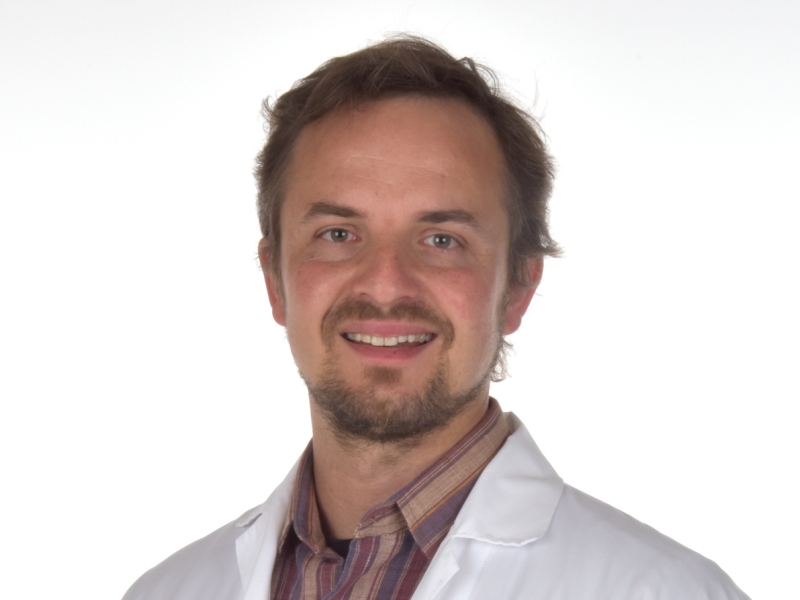 Dr. Mike (Przemyslaw) Sapieha is the director of the Neurovascular Eye Disease Lab at the Maisonneuve-Rosemont Hospital Research Centre (HMR – RC) and holds the Wolfe Professorship in translational vision research and a Canada Research Chair in retinal cell biology. He is an associate professor in the departments of Ophthalmology and Biochemistry at the University of Montreal and an adjunct professor of Neurology and Neurosurgery at McGill University.

Mike will give a talk on “Cellular Senescence and Retinal Vascular Disease”.

Abstract: Pathological retinal neovascularization is the hallmark of primary blinding diseases such as diabetic retinopathy or retinopathy of prematurity, yet surprisingly little is known about the causative factors. These diseases are characterized by an initial breakdown of vascular beds that yield hypoxic/ischemic central nervous tissue subjected to a constellation of biochemical and inflammatory stressors that compromise cellular function. While much effort has been invested in understanding the ensuing wave of pathological pre-retinal angiogenesis, relatively little is known of the cellular processes at play during the precursory state of neural tissue hypoxia and how tissue ischemia instigates an inflammatory response. We will discuss novel paradigms in CNS ischemia and elaborate on the role of mechanisms that help weather neural hypoxia such as ER-stress and cellular senescence and how they paradoxically become drivers of destructive inflammation and angiogenesis.