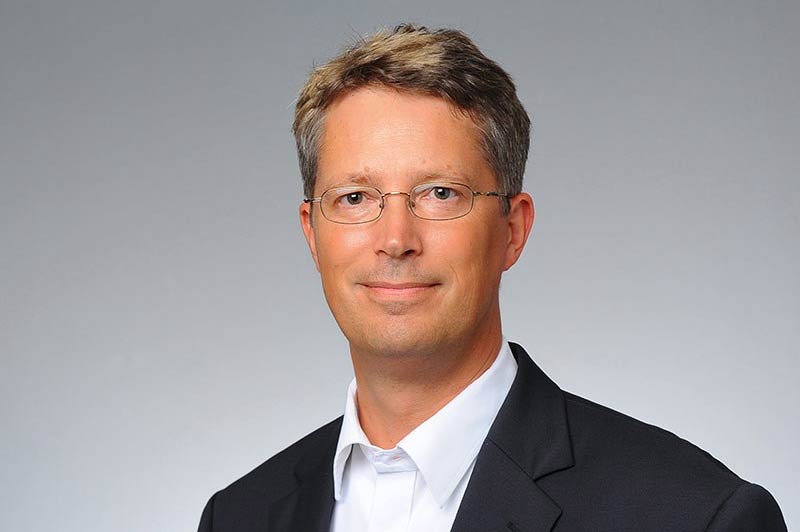 DFG Research Unit FOR 2240 begins its second round

Good vision is only possible when the anterior part of the eye is transparent. However, when inflammatory reactions in the eye occur, these lead to loss of transparency and sometimes even blindness. An example of such a reaction is the pathological formation of blood vessels and lymphatic vessels. In order to explore these dysfunctional processes and the diseases resulting from them, the German Research Foundation (Deutsche Forschungsgemeinschaft, DFG) first approved funding for this new research unit back in 2015 at the Department of Ophthalmology at the University Hospital of Cologne. In 2015, it was the first and only such research unit in the field of ophthalmology in Germany. This unique status has not changed, and now it is possible for this group to continue its successful work and expand it in various ways.
Following an evaluation that took place this year, the DFG Research Unit FOR 2240 will now begin its second funding period, supported by close to four million Euros from the German Research Foundation. This allows the work of FOR 2240 to continue for three more years, with the goal of finding new therapies for inflammatory diseases of the eye that lead to blindness.
Dysfunctional inflammatory reactions are not only involved in a number of common eye diseases, such as dry eye, allergic conjunctivitis, or age-related macula degeneration, but also with various others, such as graft-versus-host-disease and immune reactions after corneal transplantation, uveitis, and tumor growth in the eye. The onset of many of these diseases is often found to occur in older people – they are age-related. Due to demographic changes, they will occur more frequently in the years to come.
The research unit (FOR 2240) on the topic Angiogenesis, lymphangiogenesis and cellular immunity in inflammatory diseases of the eye at the Department of Ophthalmology at the University Hospital of Cologne, funded by the DFG, will use basic research methods to better understand the causes of these inflammatory reactions and will ultimately develop new treatments.
According to Prof. Dr. Cursiefen, the Chairman of the Department of Ophthalmology at the University Hospital Cologne and Speaker of the DFG Research Unit FOR 2240, “what we are trying to do is to manipulate pathological blood- and lymphatic vessels as well as macrophages and microglia and by doing so, to develop new treatments for the quite various diseases of our patients, ones that are indirect and minimally invasive.”
“It is apparent that the positive evaluation of our first funding period was not only based on the over 300 publications of the principal investigators, the 30 international visiting scientists, many of whom made the trip to Cologne from far-away places, or the nine habilitations of young researchers in the group, male and female alike, but also especially on the total of four patents that were developed in the framework of the research unit. It is especially these that bridge foundational research and future treatments for patients directly,” says Prof. Cursiefen.
The Cologne eye researchers will intensify significant collegial support relationships with other researchers which is sometimes cross-locational and sometimes cross-disciplinary in nature, and sometimes both. The disciplines include genetics, hematology, optical engineering, and the ophthalmological sub-discipline of uveitis. Specifically, relationships will be intensified in various formal ways with researchers at the University Hospital of Erlangen-Nuremberg (Institute of Human Genetics and Department of Hematology and Oncology), at St. Franziksus Hospital in Muenster (Uveitis Center of the Department of Ophthalmology), at the Charité Hospital in Berlin (Division of Hematology, Oncology and Tumor Immunology), the University of Luebeck (Laser Center), and here on the Cologne Life Science campus, at the University of Cologne (Excellence Cluster CECAD). This creates a nationwide interactional context for scientists with a research focus on inflammatory lymphangiogenesis and inflammatory macrophages and microglia in the eye.
The research unit is making a special effort to recruit, include and retain female scientists, and young ones, as well as so-called Clinician Scientists. The latter are medical doctors who devote approximately 50% of their time to research and thus play a special role in transferring the insights of basic research into daily clinical practice. Two rotation positions have been approved for funding in order to give young eye doctors the chance to be a part of the new research unit. Among the principal investigators, there has been an increase to four of the number of junior scientists, and an increase in the number of females in this leadership role for the second funding period.
“The newly formed research unit is an excellent fit for the main research areas of our Department of Ophthalmology and our medical faculty. The study of age-related disease and that of the role of inflammation in disease have a strong tradition here. We are an international center for age-related eye diseases, such as glaucoma, cataract, macular degeneration, dry eye and diseases of the cornea”, remarks Prof. Cursiefen.
The center is part of one of the three largest university hospitals in Germany and provides facilities for clinicial trials, where currently 17 ongoing trials are being carried out. Research at the center is not only funded via the new DFG-funded research unit, but also receives support from other DFG-funded grants, two larger projects funded by the European Union, and the endowed chair for Experimental Immunology of the Eye.
“We are extremely grateful to the dean, to the executive board of the University Hospital, and to the rectorate for their intensive support during the review process. This intensive support was crucial for our final success in the competitive application procedure”, notes Prof. Cursiefen.
On a last note, Prof. Cursiefen explains that “it is our goal to transfer the newly gained insights as quickly as possible into clinical applications. Besides the consolidation of running projects, we are now especially eager for the work on both new projects to begin, namely one investigating therapies for ocular graft-versus-host disease and the other investigating limbal stem cell therapies for the eye“.

[This article is largely based on the German-language article appearing here: https://augenklinik.uk-koeln.de/informationen/aktuelles/detailansicht/vier-millionen-euro-fuer-laengeres-besseres-sehen/] 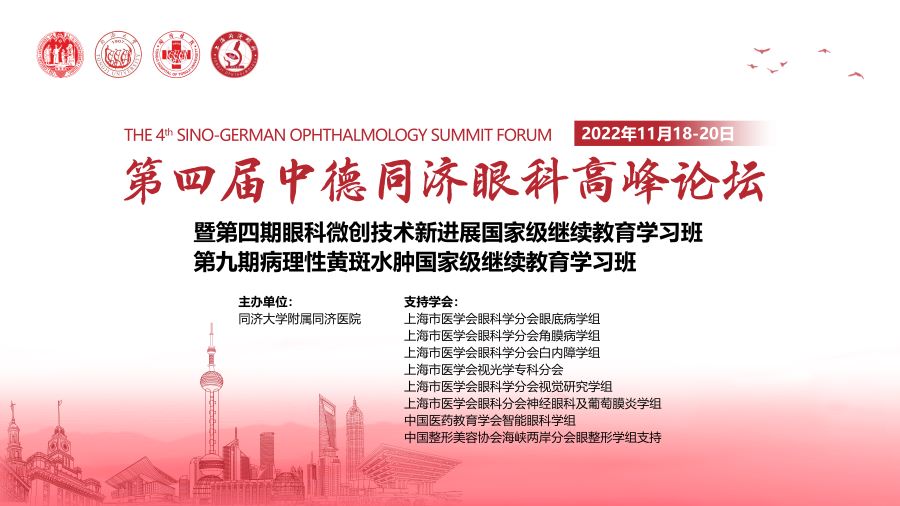 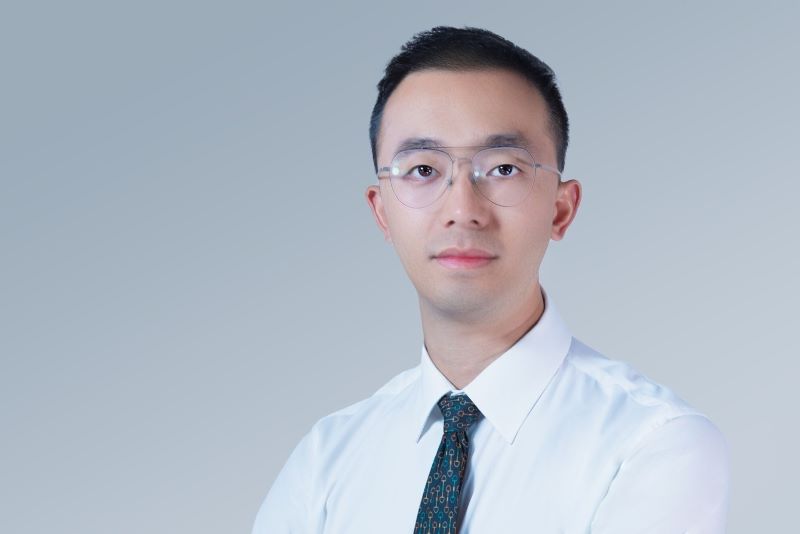 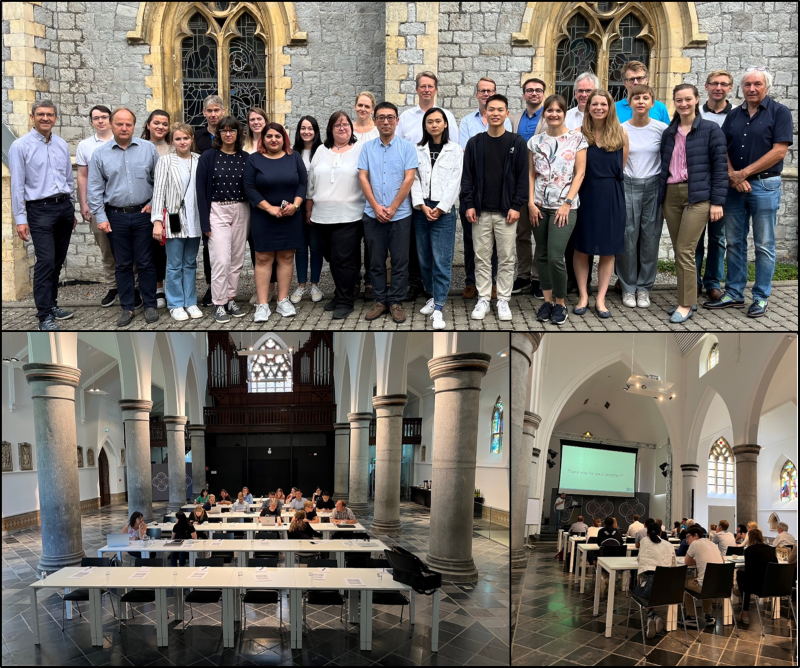